The original chromecast is viewed by many as one of the best streaming devices on the market. The tiny stick let users stream video from their smartphone or tablet to any TV or monitor with an HDMI cable. The chromecast 2 has a completely reworked design, straying considerably from the “stick” format of the original. Now the device has a round chassis that connects to your TV’s HDMI port. 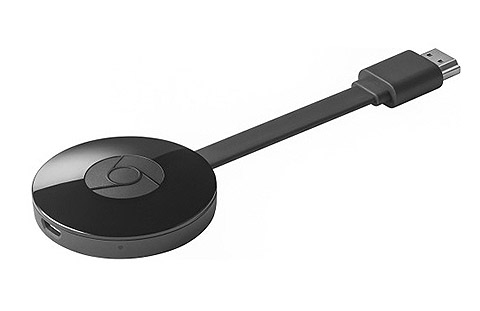 Google has also made the chromecast 2 cross-platform, adding support for iOS and Windows. The setup process is pretty much identical to the one with the original chromecast. Simply attach the power cable and install the chromecast app on your smartphone, tablet or laptop. From there you power up the app and follow the on-screen commands to connect the chromecast to your Wi-Fi network and pair it with your device. Once this is done, you’re ready to stream. 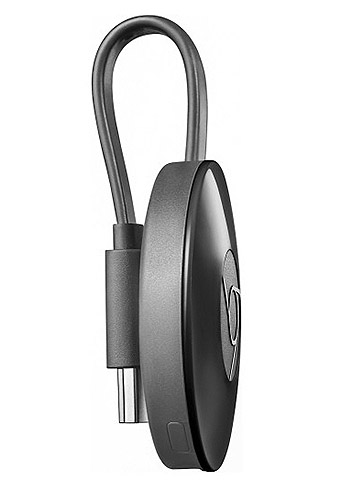 Pros
Though somewhat odd, the design makes it easier to tuck back behind the television. Faster performance, though marginally compared to original. New application is a hub for all compatible media applications
Still really easy to use – just hit the button for Chromecast. Enhanced backdrop includes Newsstand 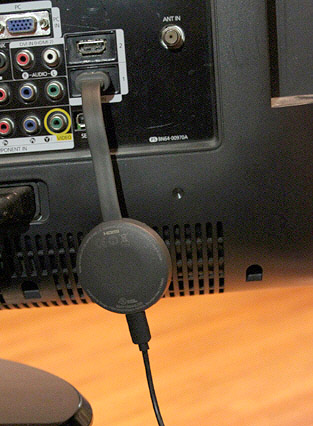 If you do not had chromecast first generation and want to buy it, the Affordable and enjoy it, But do not forget that it was only cast video stream content from your phone, or over the internet. So it is appropriate to use music presentation. But if you focus on playing the game I recommend buying Android TV to better use.